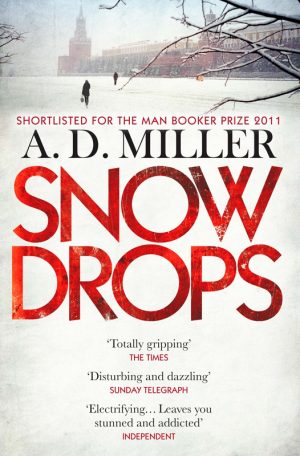 
Warning: count(): Parameter must be an array or an object that implements Countable in /home/cartionline/public_html/wp-content/themes/carti/functions.php on line 872

A.D. Miller’s Snowdrops is a riveting psychological drama that unfolds over the course of one Moscow winter, as a thirty-something Englishman’s moral compass is spun by the seductive opportunities revealed to him by a new Russia: a land of hedonism and desperation, corruption and kindness, magical dachas and debauched nightclubs; a place where secrets – and corpses- come to light only when the deep snows start to thaw…

A chilling story of love and moral freefall: of the corruption, by a corrupt society, of a corruptible man. It is taut, intense and has a momentum as irresistible to the reader as the moral danger that first enchants, then threatens to overwhelm, its narrator.